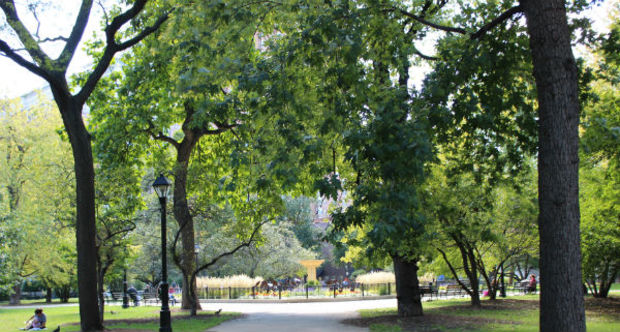 DOWNTOWN — A march connected to an anti-Muslim group is being planned in Washington Square Park, coming at a time when anti-Muslim hate crimes have risen in the city.

The event, dubbed the Chicago March Against Sharia, aims to spread the message that “Sharia[h] is incompatible with our Constitution and with American values,” according to a Facebook page for the event.

But the march is connected to a group that’s been denounced by several organizations as “extremist,” and experts have long said Shariah, or Islamic law, is misunderstood.

The Chicago Police Department said no permit has been issued for a march  at the park at 901 N. Clark St., and it was not aware of the event.

The march is part of a nationwide series of similar events promoted by ACT For America, which has been dubbed an anti-Muslim extremist group by the Southern Poverty Law Center. Similar marches are planned for New York, Atlanta, Orlando and other cities, all of them to take place on June 10.

The events are being organized by Scott Presler, a lead activism strategist at ACT For America, according to his Facebook page.

ACT For America has “flood[ed] the American public with wild hate speech demonizing Muslims,” according to the law center. The group has campaigned against Shariah, but “legal experts call such anti-Sharia measures superfluous because there is no mechanism by which any foreign criminal or civil code can trump U.S. laws,” according to the law center.

The Anti-Defamation League has also said ACT For America’s founder has views “in line with” groups that use “concerns about Islamic extremism to stoke fear toward the Muslim community at large.”

Organizers of the march could not immediately be reached for comment.

Earlier this year, a spokeswoman at the Council on American Islamic Relations said that the organization “frequently” gets death threats and is harassed, and there has been a rise in hate crimes against Muslims.