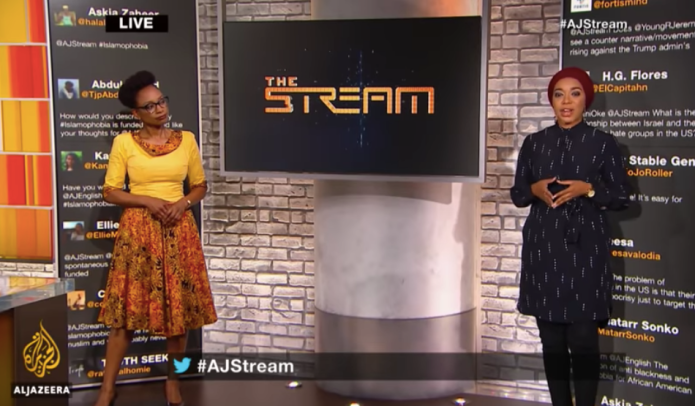 Islamophobia in the United States is on the rise – and now a multi-million dollar industry is promoting it, a new documentary by Al Jazeera’s Investigations unit has found. Hate crimes against Muslims have dramatically increased, according to FBI statistics. Muslims in the US have reported incidents ranging from verbal abuse and intimidation to physical assaults, whille mosques have been vandalised and, in some cases, been hit with home-made explosives. Against this backdrop the number of Islamophobic organisations in the US has risen sharply – anti-Muslim groups trebled between 2015 and 2016. The election of Donald Trump as US president has given them more space to thrive, and they are becoming ever more adroit at spreading their disinformation through social media, buying fake Twitter followers and using bots that spread anti-Islam messages.

The groups are also flush with cash. Al Jazeera’s Investigations team uncovered evidence showing that anonymous donors have paid millions of dollars to six of the leading anti-Muslim organisations operating in the US. These groups are duly granted television airtime, webpages and column inches to espouse their rhetoric. Prominent anti-Muslim speakers also have the ear of the Trump administration, while others have secured lucrative contracts with police departments to train officers on how to handle perceived threats emanating from Muslim communities – a clear case of racial and religious profiling.

The traditional image of hate organisations brings to mind groups of disaffected, angry individuals with placards. But Islamophobia Incorporated is well-oiled, amply funded and politically connected. Join The Stream at 1930 GMT to hear more about Al Jazeera’s investigation and how best to tackle the new wave of Islamophobia in 2018.