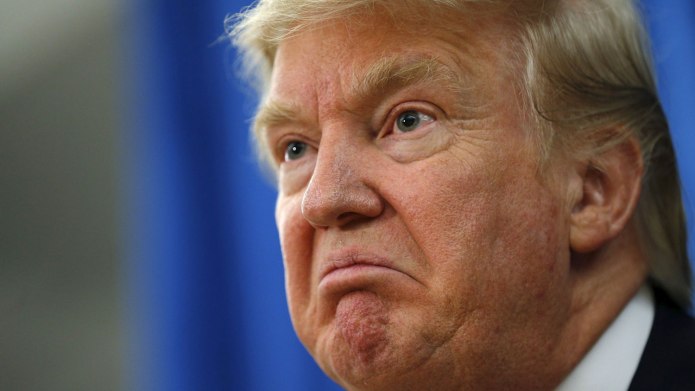 Most of the Islamophobic incidents detailed in a new report involved restricted travel following the administration’s repeated attempts to enact a travel ban affecting people from Muslim-majority nations.

Islamophobic incidents in California are skyrocketing under the administration of President Donald Trump, according to a report released Wednesday by the Council on American Islamic Relations advocacy group. Analysts say the sobering new numbers indicate how xenophobic rhetoric and policy from on high inspire hate at the grassroots level, even in a state like California, typically viewed as a bastion of liberalism and diversity.

Reports of Islamophobic incidents in 2017 skyrocketed by 82 percent from the previous year, according to CAIR California’s 2018 Civil Rights Report. The incidents include the vandalization of mosques, physical assaults, and discrimination at the hands of federal employees. Nearly half (44.9 percent) of all incidents were located in airports, amid the Trump administration’s repeated attempts to enacte executive orders barring the citizens of a handful of Muslim-majority nations.

“We are seeing Muslims being delayed for no good reason and Muslims unable to print their boarding passes at home,” says Saad Sweilem, CAIR California’s civil rights attorney. “A vast majority of the time, it’s somebody who’s done nothing wrong, but they have a Muslim name and are subjected to this unfair treatment as a result.”

CAIR has four offices across California. Of a total 2,259 incidents, more than half were reported to the Los Angeles office. LAX is a major regional airport hub and L.A. boasts one of the largest Muslim-American communities in the nation.

Angelenos of Muslim faith are of a broad array of ethnic backgrounds. Although the Muslim faith is often conflated with Arabness and Middle Easternness, many Muslim Angelenos are Asian, African, and Caucasian American. Many sit at the cross-section of what rights activists say are hostile Trump administration policies on Muslims, immigrants, and people of color, more broadly. What’s more, many non-Muslims have fallen victim to mounting Islamophobia in Trump’s America. For instance, many Christian Arabs were detained at airports amid the first iterations of Trump’s travel ban. Many Sikh Americans have been subjected to fatal Islamophobic hate crimes because of their confusion with Muslims.

Sweilem and others agree that the Trump administration’s rhetoric and policies on Muslims have emboldened bigots against Muslim Americans as well as a host of other American communities.

“It really goes back to the candidacy of Donald Trump. We’ve just seen this trend continue of Islamophobia and hate incidents going up and up. The Supreme Court decision is the latest incident that’s going to embolden these people,” Sweilem says. He refers to the Supreme Court decision in late June to uphold an executive order banning travelers from five Muslim-majority nations. The ruling came as a surprise upset to many legal analysts, who anticipated that the travel ban would be tossed on the grounds of what they describe as a blatant discriminatory animus.

Sweilem says that the recent Supreme Court decision may only make matters worse for Muslim Americans in California and in parts of the country where smaller Muslim-American communities find themselves even more frequently under siege.

“Rhetoric and policies like the Muslim ban embolden hate across this country,” says Arjun Sethi, a Georgetown University law professor and author of American Hate. “When the government treats us cruelly, so will everyday Americans. So long as there is a target on our back, we will never be free.”

Still, CAIR’s Sweilem insists that not all hope is lost.

“History has shown us before that the Supreme Court has gotten things wrong. But it has also shown it didn’t end for immigrant and minority communities just because of that,” he says, citing Korematsu v. United States, in which the justices upheld the unconstitutional wartime incarceration of Japanese Americans, and Dred Scott v. Sanford, in which the government barred people of African descent from citizenship and legal rights.

Other legal analysts have agreed that, although they say the highest court in the land sided with religious discrimination in the case over Trump’s travel ban, the power still lies with the courts to temper the administration’s xenophobic policies.

And then, of course, there’s the mounting progressive struggle over the mid-term elections in November. Marwa Rifahie, a civil rights attorney with CAIR’s Los Angeles office told Pacific Standard in July that the best way for Muslim Americans to fight for their rights is to become more involved in the electoral process this election year. “Congress still has the potential of being reshaped. There are still different balances of power at play,” she said.