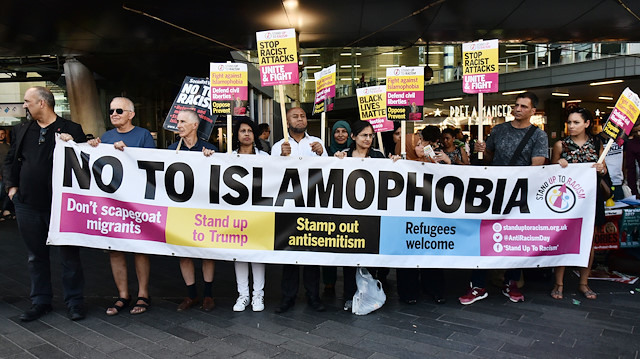 A study by an NGO revealed that in 2018 senior politicians in Austria participated in 20 campaigns against Muslims.

SOS Mitmensch in a news conference on Tuesday shared with journalists its study on Islamophobic and anti-Muslim campaigns in 2018 in Austrian politics.

It said that ruling Freedom Party Chairman and Vice Chancellor Heinz-Christian Strache, the party’s Group Chairman in the parliament Johann Gudenus, Minister of Social Affairs Beate Hartinger-Klein have played a role in the spread of anti-Muslim campaigns with impunity.

Spokesman of the NGO Mitmensch Alexander Pollak also said that hate campaings against Muslims, because of their religious orientation, has risen to an “unimaginable level” compared to a few years ago.