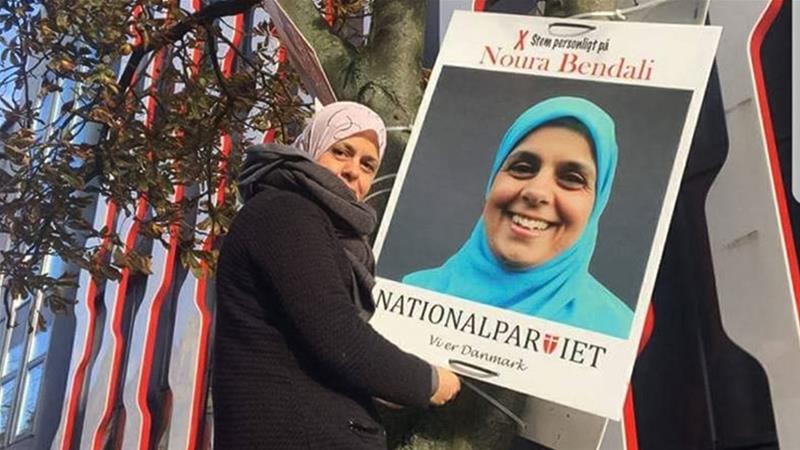 After her child was bullied, Noura Bendali is attempting to fight Islamophobia in Denmark by entering politics.

Noura Bendali was leaving her workplace one evening when she saw the Danish People’s Party’s new campaign.

The leader of the far-right party had been putting up placards around Copenhagen, reading: “Take off your veil. Join Danish society.”

A Muslim woman who chooses to wear the veil, Bendali decided to express her outrage online in a video that was viewed 350,000 times.

Bendali is a midwife, mother of five, and divorced.

She decided to enter politics a few years ago to underpin the voice of Muslims in her community.

“We feel the discrimination more and more,” said Bendali. “Muslim women are being yelled at for wearing a veil.”

Since 2015 and the establishment of a government coalition with the far right, parties across the political spectrum in Denmark have shifted right, leading to a worrying rise in anti-Muslim and anti-migrant sentiment.

The government introduced a law to seize items of migrants coming into the country in 2016, a few months after they had taken adverts in Lebanese papers promoting their benefits cuts to migrants.

They established stricter criminal laws for people living in so-called “ghettos” – poorer districts in Denmark, and imposed Danish classes on children there, in which they were taught Danish “values”.

The government also voted to send rejected asylum seekers to a deserted island off the coast of Denmark.

They imposed a nationwide veil ban last year and a string of local laws stopping the construction of mosques, forced school canteens to serve pork and restricted Muslim women from using public baths, all of which have turned the country into one of the most inhospitable for migrants.

Yet despite this rising trend, a few women, including Noura Bendali, have decided to join politics and speak up for tolerance and inclusion, appearing on TV, Facebook, shows and around their neighbourhoods to promote an open society and fight back against the wave of Islamophobia that has gripped the country.

Bendali, who was born in Morocco to a wealthy restaurant-owner in Fez, moved to Denmark in the 1970s when its need for foreign workers made it attractive for families to try out their luck in the Nordic country.

Raised in a French school with diplomats’ children, she studied midwifery and became the first midwife to wear a veil in a Copenhagen hospital in 2000.

She’s worked as a midwife since.

Her party is called the “National Party” to highlight its embrace of all Danes.

“We are born equal. I want that respect back,” said Bendali.

About five percent of Denmark’s population is Muslim and the mood in the country has changed in recent years.

Crime against Muslims has risen, according to a study by the Turkish think-tank SETA.

There have also been instances of women attacked for wearing veils, people trying to tear them off. 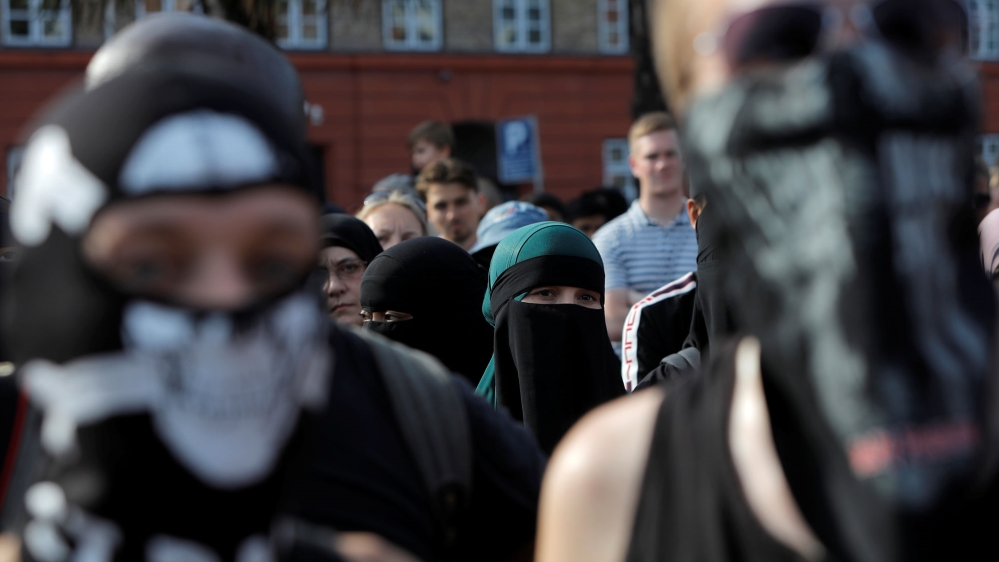 For Bashy Quraishy, a local activist and ex-chair of the European anti-racism association, ENAR, Islamophobia has become ubiquitous.

“This democratic society, once the leading voice in Europe against apartheid, over 50 years has become one of the most anti-minority, anti-Islam countries in Europe,” said Quraishy.

Danes have become increasingly antagonised by stories in the press and politics that portray Muslims in a negative light.

“We are stuck in a populist narrative,” he said.

But women like Bendali have been trying to change that narrative.

Last year, she faced off Integration Minister Inger Stojberg during a national debate on her proposal to ban Muslim people from working during Ramadan, saying their fasting and working at the same time constituted a risk to society.

Bendali told her that she had worked her whole life and doing Ramadan never bothered her.

“I do everything that all Danes do. I’m not dangerous,” she said.

But she has received death threats, with people telling her she’s a “terrorist” and threatening her children.

She was recently interviewed by Ellie Jokar, a Muslim Iranian-born comedian and actress.

Jokar’s show involves her taking people on a ride in her pink taxi car and discussing politics. Her interview with Bendali received over 9,000 views on YouTube.

“Denmark used to be a safe place,” said Jokar, “now, I get treated differently.”

Jokar said she had felt this anger against her after 9-11 but since the new government coalition, it has become worse.

“For Danes, I’m not Danish enough because I’m brown,” she said, “even though I’m considered by others to be a ‘good immigrant’.”

To Bendali, the issue of racism became visceral when her 12-year-old daughter came back crying from handball practice.

Having made contact with a player on the field, the other child’s mother called her a “fat black pig”.

“They’re insulting my daughters on the street,” said Bendali. “When I was a kid I never felt this hatred, this racism that you can feel today in Denmark.

“I want my kids to feel like this is their country too.”