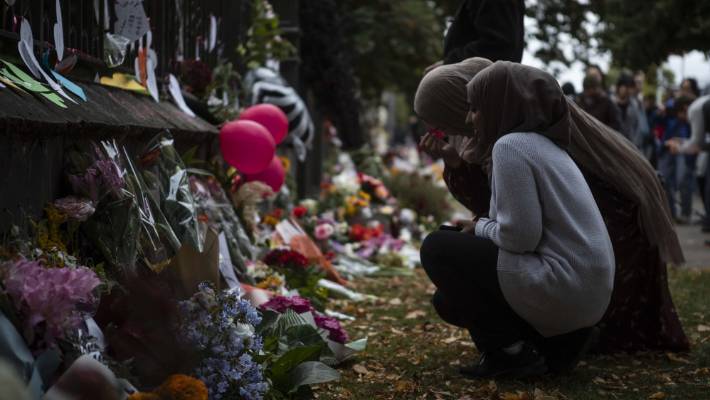 OPINION: The calamity in Christchurch demonstrates that New Zealand’s geographical isolation does not protect us from violent, transnational, neo-fascist ideology.

For a long time, Professor Paul Spoonley from Massey University has warned about the white supremacist nationalist politics festering in New Zealand. Susan Devoy, our former Race Relations Commissioner, has graphically described how the Muslim community in New Zealand has experienced hatred and abuse in recent years.

In the shadow of the Christchurch attacks, Anjum Rahman ,of the Islamic Women’s Council of New Zealand, explains that for years Muslim representatives knocked on every door they could, spoke at every possible forum and pointed to the rise of the alt-right in New Zealand. Quaking with rage, she writes: “We warned you. We begged. We pleaded.”

While I have been in Christchurch, in solidarity with the Muslim community, listening to survivors and community leaders, I have seen a large swastika painted in the middle of a busy road. It was daubed within hours of the attacks on the nearby mosques.