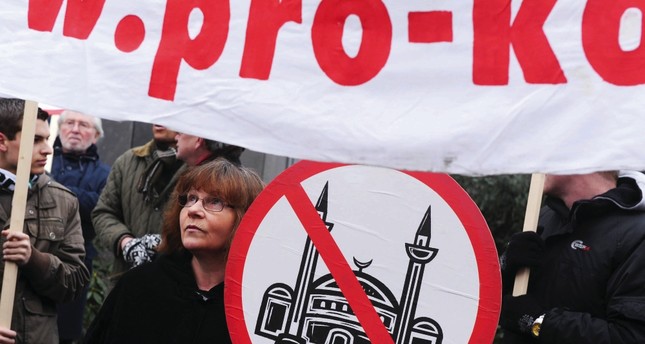 The region’s genocidal wars are over—but bigots from across the West still flock there for inspiration.

It was a sharp shock for Greeks when someone on Twitter noticed the word “Turkofagos” on the rifle of Brenton Tarrant, the man charged with murdering dozens of Muslims in Christchurch, New Zealand, last month. Literally translated, it means “Eater of Turks.” Historically, it was an honorific bestowed upon fighters who distinguished themselves in the Greek 1821 revolution against the Ottoman Empire.

There is a darker meaning, however, lurking behind the term, a meaning that Greeks have long been keenly aware of—and of which the New Zealand terrorist clearly was, too. It traces to the very birth of the Greek nation, when the revolutionaries didn’t just fight the Ottoman army—they also committed brutal ethnic cleansing against Muslims and Jews. In those times, a “Turk” wasn’t just an Ottoman soldier: It was anyone who wasn’t a Christian. The darkest aspects of the term Turkofagos have more recently been resurrected by far-right and nationalist groups as they apply the term to honor any killer of Muslims.

Tarrant likely encountered the term as he traveled extensively in the years before the attack across the broader Balkans region, including in Montenegro, Serbia, Bosnia, Croatia, and Bulgaria, as well as a stay in Greece of more than two weeks. It should come as little surprise that these were among his chosen destinations. They amount to a grand tour of the West’s far-right historic imagination, which centers on the genocidal Balkan wars of the 1990s, which pitted the region’s Christians against its Muslim populations.

In the Islamophobic music that is a widespread part of life in the Balkans, the term “Turk” is still used as a pejorative to refer to any Muslim. The word comes up in the lyrics of at least one of the songs Tarrant listened to before the attack, a Serbian nationalist tune in praise of Radovan Karadzic, the convicted war criminal who led Bosnia’s Serbs during the 1992 to 1995 wars. “Turks must be killed,” goes one lyric, referring to Bosnian Muslims. Tarrant was also an avowed admirer of Serbs who have earned praise by far-right groups for fighting in famous battles against Ottoman armies, such as Milos Obilic, a knight in Serbian folklore, and Stefan Lazarevic, a 14th-century Serbian prince.

Following the Christchurch massacre, Kosovo’s former Foreign Minister Petrit Selimi remarked on Twitter that, “Wars and genocide perpetrated by Serbian ideologues, in Kosovo and Bosnia, seem to have become a point of inspiration for far right across the globe.” While there is truth in his comment, it would be shortsighted to lay the blame for this development on Serbia’s doorstep. While a virulent streak of hardcore nationalism and far-right ideology still survives in the country, it shares that problem with many countries in the region.

What isn’t a stretch, however, is to place the events of the 1992 to 1995 war at the heart of the far-right imaginary. That is the first and only instance within living memory where a conflict on European soil was fought along religious lines, triggering the resurrection of a historically inflected Islamophobia.

The far-right’s presence in the 1990s conflict is indisputable. In addition to local far-right militias, international volunteers also took part in the fighting. The phenomenon would replicate itself with the conflict in Ukraine, where neo-Nazis volunteered to fight on both sides, and in some cases returned to participate and even try to dominate movements back home, as is the case of the French veteran Victor Alfonso Lenta, who became a leading figure as part of the yellow vest protest movement.

The Greek Neo-Nazi party Golden Dawn, which has become a focal point for far-right movements across the world thanks to its electoral success in 2012, counts among its members such volunteers. For years, researchers have tried to establish their whereabouts and actions in the conflict. They managed to ascertain that they were present and might well have taken part in the Srebrenica massacre itself, where more than 8,000 Muslim Bosnians were killed. They also participated in ambushes against Muslims fleeing the town. These far-right volunteers escaped all punishment, returned to Greece, and were active within the far-right there after the war ended. Their experiences have directly informed the ethos and mythology of the Greek far-right.

Other volunteers similarly carried over their experiences from the Balkans war to the politics of their own countries. Examples can be found in the Bulgarian militias that patrol the country’s borders to prevent refugees from attempting to cross from Turkey (and that are said to have commemorated World War II-era pro-Nazi general Hristo Lukov with a torchlit march). Similar groups have become active across the Balkans along the refugee trail from Greece to Northern Europe, including the increasingly bold Chetniks in Bosnia.

The pattern is clear: Across the West, today’s far-right imagines the Balkans—still home to the largest Muslim population outside Asia and Africa—as a central battleground. In their vocabulary, “Turks” serves as a shorthand for a regional Muslim menace, and refugees are understood as invaders whose aim is to bring down “Judeo-Christian civilization,” as Hungary’s Prime Minister Viktor Orban often says.

There is another reason why the Balkans are the epicenter of far-right ideology, a reason that also became obvious around their opposition to the Macedonia name deal with Greece recently: The Balkans are still a region of contested ethnic and national borders. While extreme nationalists agitate minority populations around the world, it’s in the Balkans where they see a possible theater for their war against Islam to play out in literal terms.

Social media and publications like Breitbart have given the far-right a digital home and enabled their global networking. But it’s the memory of very real conflicts in the Balkans, including massacres and other crimes, that plays a greater role in fueling the far-right’s identity. Anyone hoping to combat the rise of the far-right and its Islamophobic narratives has no choice but to reckon with the powder keg of the Balkans, where the West’s darkest impulses have festered for decades.