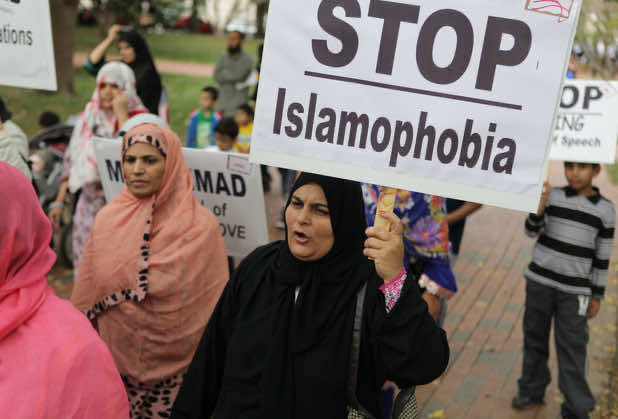 It’s clear that Islamophobia is on the rise globally. This antipathy towards adherents of the Muslim faith is often presented as a violent reaction to terrorism committed by the Islamic State. This suggests that if terrorism by so-called Islamic groups ends, Islamophobia will too.

Rabat – Academic and author from the University of Birmingham Chris Allen has correctly discarded this thesis. He argues that it’s extremely dangerous because it ultimately legitimises indolent stereotypes which describe all Muslims as terrorists.

And it plays into racist views held by individuals and parts of the media. It amalgamates Islam, terrorism, and all Muslims, which means that the faith is viewed as a threat.

A study conducted by Pew Research found that, even in more supposedly liberal countries such as France, nearly half of respondents thought that some Muslims supported the Islamic State and its aims. Other research has found that a majority of people in several European countries – among them Poland and Austria – supported a ban on immigration from majority-Muslim countries.

In my book, New Horizons of Muslim Diaspora in Europe and North America, I explored how people living in Muslim societies view this growing prejudice. I also interviewed numerous Muslims: some were still living in majority Muslim countries in North Africa and the Middle East; others had emigrated to Western countries.

I found that Islamophobia has changed how certain Muslims portray themselves to society. The people I interviewed considered themselves targeted and vilified by Islamophobia; many hid their Muslim beliefs and identity or pretended to be less devout than they really were – some women, for instance, have stopped wearing the veil.

My respondents felt that Muslims in Western countries aren’t treated fairly. They also worried that the rise of Islamophobia had badly damaged Islam as a religion of peace.

The book argues against an approach to the concept of culture that reduces all Muslims to one category. Such a reductive approach ignores other important factors that shape the attitudes and behaviours of Muslims all over the world. These factors include their socioeconomic status, their gender, age, level of education, social class; as well as their attitudes to religion and to Western lifestyles.

I interviewed 116 people and held less formal conversations with more than 100. They lived in Morocco, Tunisia, Algeria, France, the UK, Germany, Italy, the US and Canada.

Those living outside majority-Muslim countries were heterogeneous: they had diverse cultures and ethnicities. They were actually divided, rather than united, on issues related to Islam and to their new, Western homes.

The most conservative, traditional Muslims in the diaspora tend to be marginalised. They don’t work, or work low-income jobs. Many turn to religion and traditional values and practices as a reaction to their socio-economic exclusion from European or American society.

But the majority of people I interviewed described themselves as only moderately religious. They were open to other cultures and principles such as secularism.

Governments in Europe and North America should be working with such people to reach others who could be taught about a moderate, progressive approach to Islam rather than one that tends towards extremism. It has already been shown that Muslim Europeans and Americans are often the first to respond to radicalism – by rejecting it. They could be drawn into programmes to help new arrivals in Western countries adapt and learn about their new cultures.

This is especially important because I found in my book that many Muslim leaders have an insufficient knowledge of Western countries, and find it hard to fight Islamophobic propaganda. Likewise, most imams in the West do not master the language of the host country. This makes it difficult for them to explain moderate Islam to the Western societies and to fight against Islamophobia and youth radicalisation among the Muslim diaspora.

Younger, more open-minded Muslims could fulfil a valuable role in integration and in teaching non-Muslims about the religion.