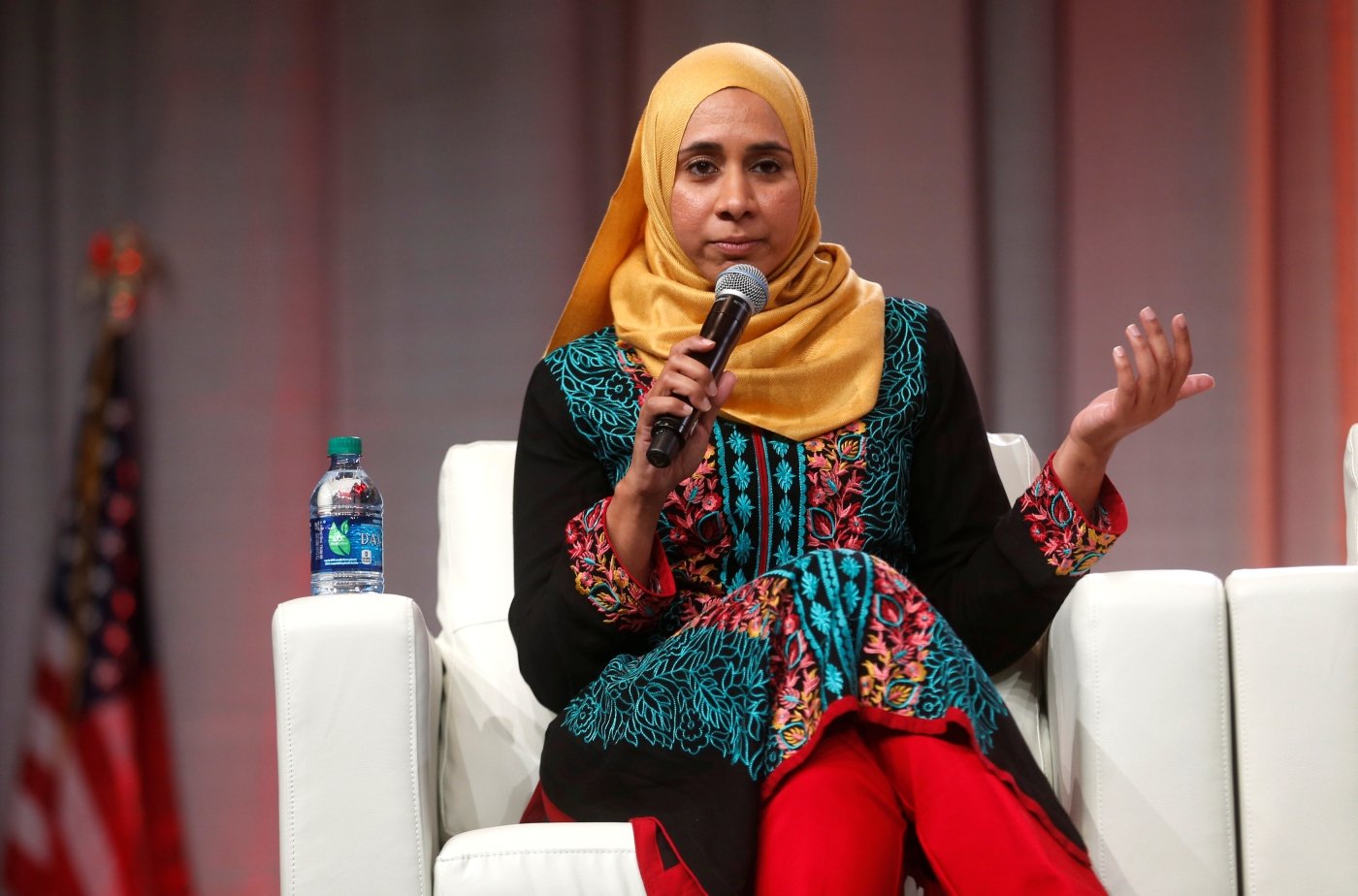 Lawyer and activist is the latest high profile Muslim woman to be removed from board following a smear campaign in which she was accused of antisemitism.

Zahra Billoo, a lawyer and executive director of the San Francisco chapter of the Council on American Islamic Relations (CAIR), has been voted off the board of Women’s March after a relentless campaign led by critics who accused her of antisemitism for a series of old tweets in which she condemned Israel’s mistreatment of Palestinians.

The Women’s March said in a statement on Thursday that Billoo had been removed with immediate effect after concluding that “some of her public statements [were] incompatible with the values and mission of the organisation”.

The Women’s March is a national nonprofit group that evolved from the initial Washington march in 2017 following President Donald Trump’s inauguration. It describes itself as a federal policy platform “created by women and for all people” with a mission to enable everyone to live safely and “free from structural impediments”.

Billoo, who has been associated with the Women’s March since its inception, told Middle East Eye that the decision to oust her for her criticism of Israel was a clear message that the organisation did not have space for women who challenged the status quo.

“This organisation has drawn a line. What they are saying is that you can be Muslim in our organisation but don’t be too loud. You can advocate for Palestinians but don’t dare call Israel a terrorist state, else we will censor you,” she said.

“If they can do that to me as a board member and leader within the movement, then what does it mean for other women?” she continued.

Hours before the Women’s March movement made its announcement, Billoo released a statement on social media describing the two days prior “as a spiral of bad news and smear efforts” partly motivated by opponents of the Women’s March.

“However, much of the campaign is driven by people who oppose me and my work challenging the [Israeli] occupation of Palestine, our country’s perpetuation of unjust and endless wars, and law enforcement operations targeting the American-Muslim community.

“This action today demonstrates that this organisation’s new leadership is unable to be an ally during challenging times.”

Reacting to her ousting, Sairah Rao, a former Congressional candidate and a racial justice advocate based in Colorado, told MEE that the decision to push Billoo out set a dangerous precedent that run contrary to the goals of the movement.

“It is one thing for the right wing and Nazis to abuse us, but it is devastating to see our own sisters throwing a woman under the bus, especially someone who has worked her whole life fighting for the rights of the marginalised,” Rao said.

Likewise, Rebecca Vilkomerson, executive director of Jewish Voice for Peace (JVP), told MEE that Islamophobia was one of the reasons behind Billoo’s ouster.

“I just think it is a devastating decision. I am disappointed because the Women’s March was always a progressive, bold leader. And Zahra was selected on to the board for precisely those reasons,” Vilkomerson said.

“This is a wake-up call for the Islamophobia that exists inside progressive movements.”

Since the Women’s March movement announced its new 16-member board on Tuesday, it has been at the receiving end of a relentless campaign to force Billoo out.

Billoo was appointed as part of a new cohort of board members after it emerged that Linda Sarsour, Tamika Mallory and Bob Bland had stepped down.

The smears against Billoo were initially led by right-wing media and commentators, and were ultimately picked up by the Zionist Anti-Defamation League (ADL).

Right-wing commentators were especially vexed about Billoo’s tweets on Israel.

“Zionism is the violent ideology responsible for the genocide and displacement of indigenous Palestinians and the destruction of Palestinian land,” Billoo wrote in one tweet.

“Blaming Hamas for firing rockets at [apartheid] Israel is like blaming a woman for punching her rapist,” she writes in another during the Israeli war on Gaza in 2014.

Reflecting on her comments, Billoo said that “while I may have phrased some of my content differently today, I stand by my words”.

“I told the truth as my community and I have lived it, through the FBI’s targeting of my community, as I supported families who have lost loved ones because of US military actions, and as I learned from the horrific experiences of Palestinian life.”

“I do think that the decision to vote Billoo out is being read as a deliberate attempt to silence women of colour (particularly Muslim women),” Sajida Jalalzai, an assistant professor of Religion at Trinity University, San Antonio.

“In order for the Women’s March to be taken seriously as an ‘intersectional’ social justice movement (as they claim to be), it needs to support the uplift of all women – including Muslim women and Palestinian women.”

Vilkomerson, from JVP, agrees that Billoo’s “record speaks for itself” and says that the policing of her words is a deliberate attempt to silence her and those who ask uncomfortable questions.

“The real issue here is that women of colour and Muslim women of colour are being held to a different standard to everyone else. They have to speak absolutely perfectly or they are thrown under the bus,” Vilkomerson said.

Billoo says that she particularly worries about the signal this sends to those who raised the issue about her tweets in the first place.

“This will only embolden the trolls. They will use this as a template to get rid of people they don’t like, and when an organisation like this caves, it says we will work on some women’s rights at the expense of others,” Billoo said.