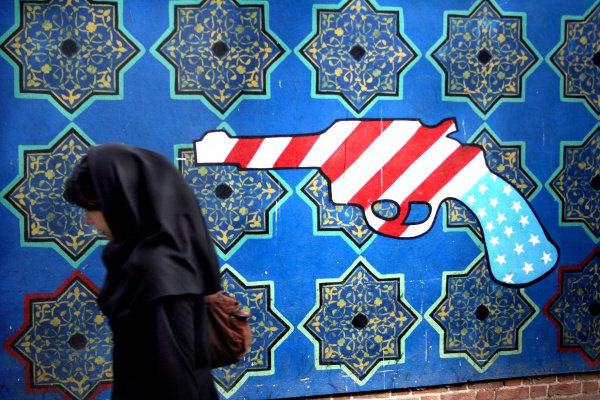 Why French left has a problem with Islamophobia

Conservative peer says party ‘dismissive’ in addressing Islamophobia within its ranksted the man as he tried to set fire to a mosque. Police later arrested the suspect.

Boris Johnson is incapable of dealing with Tory Islamophobia

Anti-Muslim bigotry stretches right to the top which explains the muddle about the mooted Conservative Party inquiry into the scandal.

Michigan made history during the 2018 midterms with a record number of Muslim Americans running for local, statewide and federal offices. But a new report shows that these candidates faced a hostile political climate online fueled by President Trump’s anti-Muslim rhetoric.

When it comes to Islamophobia, Tory eyes are still wide shut

Matt Hancock’s dismissal of Sayeeda Warsi shows the party thinks prejudice against Muslims is a problem it can afford.

Suspended sentences over clash with anti-Islam group on Luas

In pictures: Thousands march in Paris against Islamophobia

More than 10,000 people marched against Islamophobia north of Paris. But the rally drew criticism from both the government and the far right.

The Long Island Republican put millions of his fellow Americans under collective suspicion for terrorism. He’s leaving Congress. But he won.

Preaching ‘hate’ for Islam, speaker arrives in a divided Willmar

Organizers plan to protest an appearance Thursday from Usama Dakdok, who has visited Minnesota dozens of times to convince his audience that Islam is dangerous.

Houthis say thousands of Sudan’s fighters killed or captured, with the experienced RSF troops often sent to the frontline.

Saudi aggression was backed by the USA and was supported by Al-Qaeda, which is based in the eastern provinces. Now the biggest province, Hadhramout, is under their control. They want to enter the southern provinces. Al-Qaeda is an instrument of al-Saud – they use terrorists and extremists as foot soldiers in Yemen, the same way they are used in Syria. The Saudi strategy of using terrorists is the same in Yemen, Syria and Russia.

Inside Europe: Turkey’s Syrian refugees not ready to go home

Turkish President Recep Tayyip Erdogan wants to return up two million refugees to Syria. Under his plan, the refugees would return to what he has called a “safe zone” created by the Turkish military during its incursion into Syria. But as Dorian Jones reports from Istanbul, many Syrians are not ready to go back after spending years in Turkey.

Police seize many weapons, explosives, and Nazi symbols in searches in Siena, Tuscany.

Video surveillance shows the perpetrator breaking out a glass door in the middle of the night and fleeing.