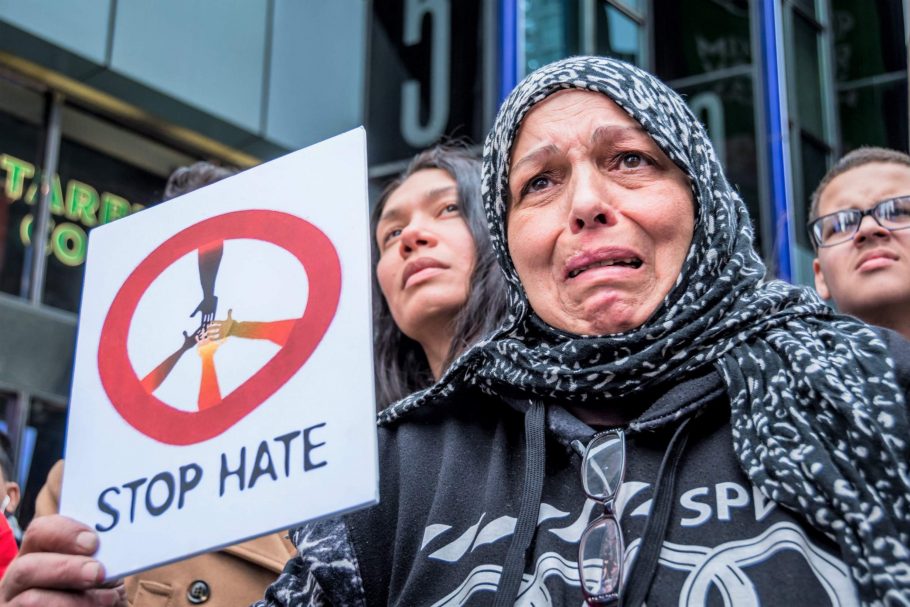 The U.K. Labour Party’s abject failure to address anti-Semitism has garnered headlines, but hatred of Muslims is even more rampant in Britain—and the prime minister and his party have contributed to making it socially acceptable.

‘Islamophobia a bogus label’: Jewish Chronicle under fire over article

This is the moment a 16-year-old girl was apparently subjected to Islamophobic abuse on her way to college in Croydon.

Scammers peddling Islamophobic clickbait is business as usual at Facebook

A network of scammers used a ring of established right-wing Facebook pages to stoke Islamophobia and make a quick buck in the process, a new report from the Guardian reveals.

Islamophobic attacks mostly happen in public. Here’s what you can do if you see it or experience it

The second Islamophobia in Australia Report launched last month, in the same week a graphic video showing a pregnant Muslim woman being punched and stomped on circulated widely on social media.

A man who escaped the terror attack at his mosque in Christchurch only to go back in and help others has been honoured with an international peace award.

Israeli Hate Crimes Against Palestinians Were Fewer, but More Brazen in 2019

Data by the Israeli defense establishment shows less incidents in the West Bank compared to last year, but an increase in severity and scope of violence

How Britain dresses up crimes in Israel as ‘charitable acts’

BAE Systems has been accused of having contributed to alleged war crimes in the conflict in Yemen by a group of human rights organisations, in a complaint to the International Criminal Court (ICC).

A 33-year-old Kurdish refugee detained in a hotel in Melbourne’s north has said he and at least 40 other men have been denied proper medical treatment for months after being brought to Australia under the medevac transfer scheme.

187 anti-Muslim crimes reported in Germany so far this year

At least 187 anti-Muslim crimes were committed in the third quarter of 2019, according to the German government, which issued a report on the numbers following a request filed by a leftist group in parliament.

British Muslims have started the process of leaving the UK over fears for their ‘personal safety’ after Boris Johnson is Prime Minister (PM) for five years a UK-based local newspaper claimed.

When anti-Muslim rhetoric is combined with the rewarding of war crimes against Muslims, the consequences are grave – not only for Muslim Americans but the US military, CJ Werleman argues.